Two months before the parliamentary elections in Germany which will happen on 22 September 2013, election polls show that the German Pirate Party (PP) has only 2% of the votes which is insufficient to enter parliament. At least 5% are necessary to get a seat. In 2012, the PP was still a promising candidate for the German Bundestag after getting about 7-9% in four of the country´s 16 federated states and about 8% in national election polls. However, what happened between their last widely acknowledged triumph in May 2012 (7,8% in the state of North Rhine-Westphalia and 8,2% in the state of Schleswig-Holstein) and the weak results in January 2013 (2% in the state of Lower Saxony)? It is obvious that there is a number of factors that determine success or failure of a political party. The following paragraphs will take a look at some of them. 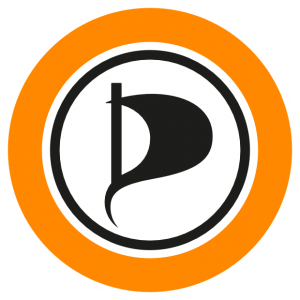 Besides their main focus on a variety of topics related to ICT and the information society the PP also has the profile of a party that is strongly based on participation of its basis, which is quite different from most established parties. Transparency and “non-professional“ behaviour are important aspects for the identity of many PP members who are not in favor of standardized political representatives. Similar to the Green Party in the 1980s the PP is looked at by a large part of the media as an unusual phenomenon and therefore any detail considering their political behaviour or their members (including their clothes and haircuts) are worth a few lines in the papers. However, it needs to be considered that a good part of this information is not unique for the PP but can be found in a lot of other parties as well, including those in parliament (although many traditional German MPs won´t be able to change their haircut any more). It is therefore necessary to concentrate on the main reasons that influenced the lack of support the PP suffered from its voters. Three of the main challenges are related to staff, budget and professionalism.

Although the PP is a relatively young party it managed to establish a few well known and in some cases even quite charismatic representatives. One example is Marina Weisband who was a leading member of the PP from May 2011 to April 2012. She was well received by the public and the media due to her professional behaviour which she had practiced already during her activities in the student parliament of her university. She left her position in 2012 to concentrate on her final university exams. Also a number of other leading members on the national and on the regional level decided to leave their positions after relatively short time which resulted in a permanent change of the party´s representatives. On the one hand this is not uncommon for e new party that is in the process of establishing its own profile, on the other hand the lack of continuity makes it difficult for voters to get used to certain faces and positions. One frequently cited argument which lead to the early resignation of many leading members was the lack of time they had left for their private lives due to the combination of regular fulltime jobs and voluntary activities for the party. In other words, although the PP was permanently gaining influence due to their successful participation in a number of elections (which meant a steady increase of workload) most people were expected to work for the party without receiving any financial compensation, making the extra workload a political hobby next to their fulltime jobs and families. An intense hobby that hardly anyone could stand for a long time. The lack of payment is leading to the next problem mentioned above which is related to the budget of the PP.

As any young and small party also the PP does not have a large budget to spend. Besides that, and this is slightly different from other parties in a similar situation, it also doesn´t want to spend it to pay its leading staff. A central position of the PP is the voluntary commitment that a party activist should show to avoid the establishment of traditional party structures which suffer from a lower level of transparency and member participation. However, in 2012 a number of leading members of the party declared the necessity to rethink this position in order to guarantee a more stable functioning of the party. In this context it became clear again that the party was simply unable to pay a decent number of staff due to the lack of funding. Usually German parties are financing their activities by collecting membership fees, as well as public funding and private donations. The amount of public funding depends on the number of votes and elected representatives plus the amount of funding the party is achieving through membership fees and donations. For the PP this means receiving public funding as a result of their participation in a number of elections. However, as the party has a low membership fee and its members have an even lower payment moral the cash box remains empty, especially for the national leadership as a good part of the income is sent to the regional chapters which were successful during the past elections. Statistics show that membership fees and public funding are the two most important aspects of party funding in Germany. And the PP so far did not manage to use these possibilities for their own development. Which leads to the third challenge mentioned above, the lack of professionalism.

It is difficult to demand professionalism in an organisation that is experimenting with new forms of political culture and transparency and in deed has this experimental character as a central aspect of its own identity. Therefore, demanding financial discipline from its members would surely bring advantages for the organisational structure of the whole party and support the possibility of continuous work also on the national level. But at the same time could be considered by its members as a step away from the principle of voluntary participation of each member heading towards a traditional political party with fixed structures.

Besides the financial questions there is a number of other aspects that fit into the category of lacked professionalism. One of them is the high specialization in IT issues which goes along with a mono thematic orientation of the party. Especially in the first five years of existence the PP hardly showed any serious interest in general political topics which resulted in a few embarrassing situations for some candidates for example on TV especially shortly before elections. However, this is also a common problem of parties whose foundation was based on a specific issue instead of a broad approach to society as a whole (similar to the Green Party in the 1980s). And in fact it is a problem that the party is actively working on to improve.

Also a better understanding of the media and its influence on the population would improve the party´s current situation. Members of the PP discuss their internal discrepancies in a very open manner on blogs and on Twitter. With the effect that the public and the media are able to follow also internal disputes which on several occasions are quite personal and insulting. Although similar conflicts happen in other parties as well they are rarely published for anyone to access. What some might consider desirable transparency others see as unawareness regarding the effects of publicly spread internal disputes on the reputation of a political party. And there are other kinds of statements also by leading members of the PP that caused at least disaffection (if not more) among voters and also members of the party. These statements by different party members referred (in a positive manner) to the NSDAP, to the justification of the German attack on Poland in 1939 (which in fact started WWII) and to the denial of the holocaust and anti-semitism in general. All of these statements might be less problematic in many countries outside of Europe, however in Europe and especially in Germany they have a dramatic effect on the reputation of the person, especially if it is a representative of a political organisation. Although the PP succesfully made clear that these kinds of statements won’t be tolerated in the party they were severely criticized by the public.

It is very unlikely that within the next 10 weeks the PP will manage to overcome the problems that lead to the recent dramatic decrease of support. The reason for this is not only the short time available until the parliamentary elections in September but also the fact that some of the problems are related to the internal structure and identity of the party and its members. A stronger payment moral and even a slight increase of the membership fees would have a positive effect on the sustainability of the party´s output by supporting a number of fulltime representatives which in turn would also have a positive effect on the perception by the public and therefore the voters. An additional plus would be the awareness development regarding the mechanisms and effects of public opinion making by the media. The PP needs to understand that spoken words might get a different meaning once they appear in written form. An unreflected sentence whether referring to a party-relevant issue or something else might quickly turn into a disadvantageous quote. However, in the end it is not just a pragmatic turn of strategy that will bring the PP back on stage but especially the decision of the party members whether these changes would fit into their own understanding of political behaviour.