Since June 2013 the world has proven evidence that the US government has for years constantly monitored the Internet and other forms of communication. This form of espionage on large parts of the world’s population, governments and companies is unique so far. While Washington tries to trivialize the situation, governments and Internet users in South America, Europe, Africa and Asia are upset. Brazil’s President Dilma Rousseff clearly stated her discontent in front of the United Nations General Assembly on 24 September 2013 and later developed an anti-spying resolution together with the German government which was accepted by the UN General Assembly on 18 December 2013. Even the five governments responsible for the current mass surveillance activities (USA, UK, Canada, New Zealand and Australia, also know as the Five Eyes) accepted the document after certain passages were changed to their own favor. A strategical decision by the Five Eyes to pour oil on troubled waters, as the resolution has mainly a symbolic meaning. 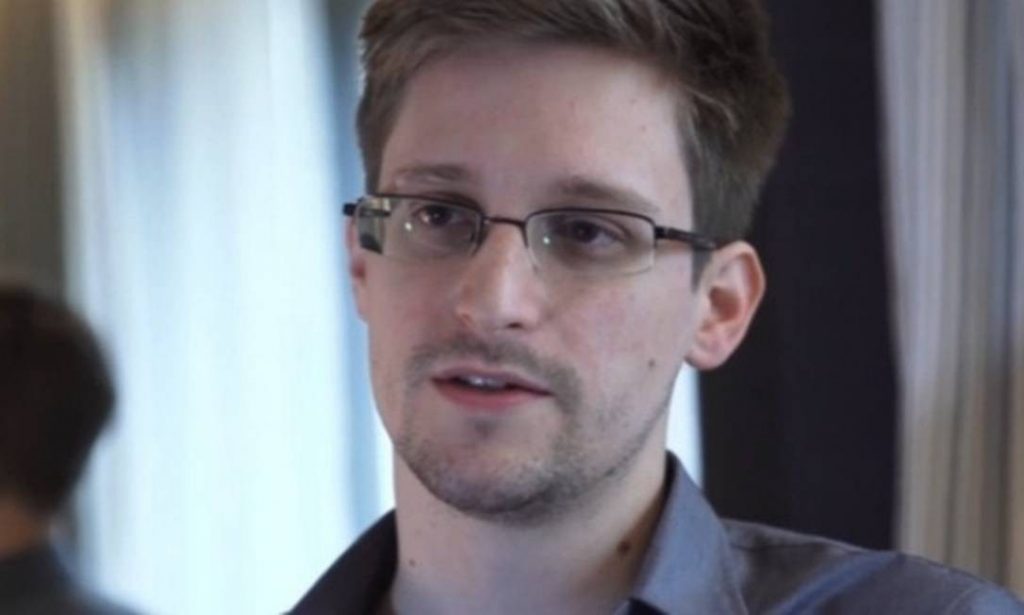 On a frequent basis new details are published in media outlets all over the world. The most recent output in the British newspaper The Guardian made clear that also UN organisations, further governmental institutions in Germany and Israel, the Economic Community of West African States (Ecowas), members of the European Commission and international NGOs were spied on. This recent information will also trouble a lot of members of the European Union over their Christmas holidays once they had already articulated their concern that negotiations regarding a transatlantic free trade agreement could be endangered due to US espionage activities.

And while it is clear that none of the parties spied on is happy with the current situation only few consider to take a closer look at the complicated situation of Edward Snowden, the ex-CIA employee who illustrated to the rest of the world how careless users, governments and companies are treating their data transactions and how easily unethical actors can exploit this situation. Since Snowden left his first refuge in Hong Kong in June 2013 he was forced to remain in Russia due to the cancelation of his passport by the US government. Before he was granted asylum in the country, Washington even dared to cause a serious diplomatic crisis by forcing down the plane of Bolivia’s President Evo Morales in Austria on 2 July 2013 spuriously suspecting Snowden on board. Although Washington denied its responsibility for this incident its involvement is obvious as none of the countries that refused Morales to cross their airspace or to refuel his plane has a serious interest in Snowden.

Meanwhile, the US government is accusing Snowden of espionage threatening him with a long-term sentence in prison. He is not the first person the US government is persecuting for leaking internal information that happened to be of high interest for the rest of the world. Julian Assange is still staying in the Ecuadorian embassy in London which he cannot leave due to a European arrest warrant (officially for a different reason) and the US looking for him as well. Chelsea Manning was sentenced to 35 years in a US prison for espionage and other accusations. Snowden himself was granted temporary asylum in Russia for one year lasting until the end of July 2014. Although his current status could be extended on an annual basis Snowden continues looking for other options as well. This week an open letter to the people of Brazil written by Snowden was published by the newspaper Folha de São Paulo [Portuguese Spanish English] in which he explained once more his decision to publish information regarding US American espionage activities. Immediately after the letter was published a debate started if Snowden was asking for asylum in Brazil which in fact he did not. The Brazilian Foreign Ministry Itamaraty stated that they did not receive an application for asylum. A similar letter was sent by Snowden to the German government a few weeks before but it also was not an official application for asylum.

However, Snowden is definitely preparing the ground for future applications in the beginning of 2014 and Brazil is a promising candidate. Not just because of the fact that Washington was spying on President Dilma Rousseff and Petrobras but also because Brazil has taken a crucial role regarding new constellations of global Internet administration structures that will be debated in São Paulo on a global summit in April 2014. This summit is a direct outcome of Snowden’s revelations, the NSA affair and Brazil’s critical position towards Washington. Brasilia seriously needs to take into consideration not only harvesting the fruits of Snowden’s activities but also to protect him, the individual who enabled Brazil to take its current strong position on an international scale. An invitation for Snowden to speak at the São Paulo summit in April 2014 would be an excellent start.